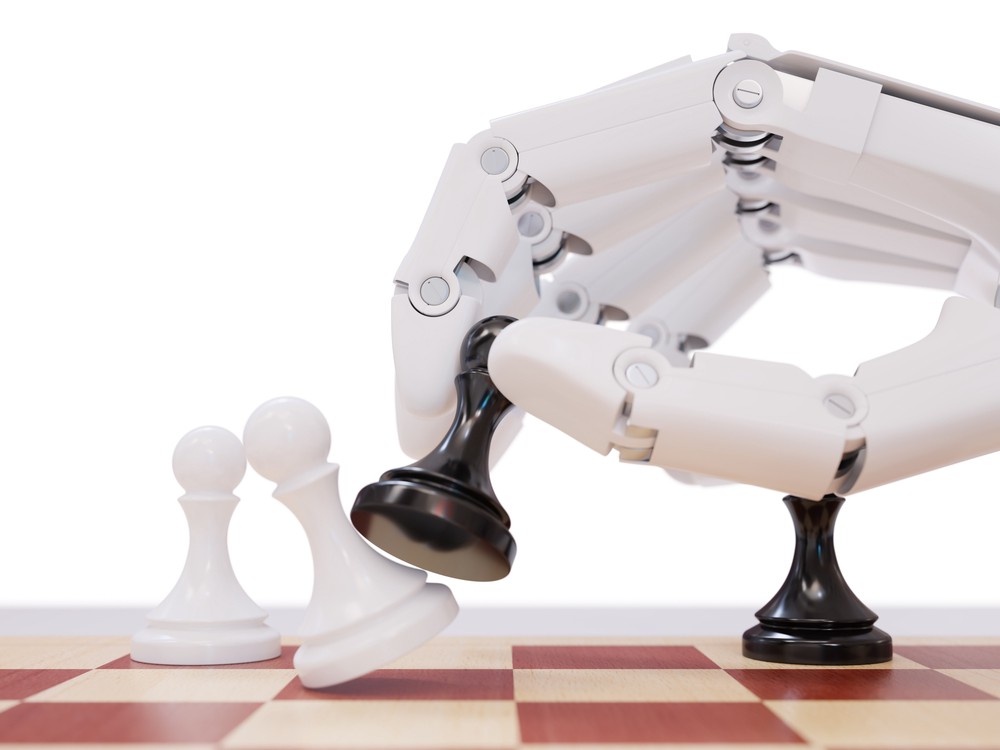 The world was changed in 1997, when Deep Blue defeated World Chess Champion Garry Kasparov to signal a changing of the guard from humans to machines in chess, a game with an unthinkable number of possible positions.

It took two decades and several major advances in computer hardware and artificial intelligence software for the same feat to be accomplished in the ancient Chinese game of Go this year, when Google’s AlphaGo beat the world’s top player in China. It was expected to take a decade longer for AI to master Go, a more complex game than chess.

Both events demonstrate the truth we must accept: that while machines can still not calculate every possible outcome for each game, software can be taught to win once the rules, strategies, and inputs are well-enough defined, and once there are large enough datasets to train and refine sets of algorithms. Layman’s terms: a computer doesn’t need to understand everything to become smarter than a human at a well-enough defined task.

Think of real estate investment as a game, where winning is maximizing profit. Because the potential profits are so high, computer-generated algorithms and artificial intelligence can and will be tasked with beating humans at real estate investing in the future. So how long will it take for computers to win? What is standing in their way?

From here to there

In order for computers to win in this race, there are some steps that must be followed.

Set up the rules

First, the rules of the game need to be understood by the system. The goal is simple — maximize return on investment through investing in real estate. But the path to get there? That’s a game much more complex than chess, or go, where though there are much greater than trillions of possibilities in the games, the available boards are easily traversed and well defined.

Now take a game like real estate where there are trillions of possible spots on the game board alone, geographies with unique characteristics, governments with their own rules and expectations, and billions of independent sets variables that we call “humans”. The game will never be truly solved. More achievable, though, is defining a specific enough set of rules so that a machine can understand, organize into algorithms, and ultimately, optimize within those rules.

Once a basic system for AI to understand the rules and data behind commercial real estate, and that system has access to investment opportunities, there’s still an important, more difficult step before it can be honed to outperform human investors. That step is training the system with reams of data — past investment decisions, results, and the factors that led to those results. This is going to be the most difficult step of all because real estate is not a liquid market with millions of transparent trades that can be readily analyzed to the depth required to train an AI, and there is no viable training ground or simulation to offset that hunger for data.

When will it happen?

However, there are already players that are preparing for this in smaller ways, incorporating more data sources, models, and algorithms to help inform human investment analysis. Quantierra is one company that comes to mind that’s heavily applying data and analytics to source investment opportunities that are overlooked or undervalued by others. Other companies are aiming to be a piece of the data piping, the model, or the transaction platform to make it happen.

What humans will do

If fundamental real estate investing tips in favor of artificial intelligence, what role will humans play? While it’s not fully clear how our jobs will evolve, here are some sure-fire areas that will stay relevant:

Expertise and customer service won’t go out of style. Providing an advisory service for individuals and companies that are involved in real estate will still be a thing, even if the numbers game is dominated by computers. Keep those advisory skills sharp and make sure you’re adding value beyond the hard steps that can be automated.

At the end of the day, real estate is there to serve people, and setting the rules is a vital role. City and urban planners, and other types of rule-makers will keep their seats.

Great architects, designers, and visionaries will be as valuable as ever. While the science of real estate can be distilled, the art cannot.

Introducing new and better ways to take advantage of the real estate market is absolutely still in the human realm. If you have a big idea that introduces a brand new paradigm to the market, it will be rewarded. Take airbnb for instance — even if artificial intelligence had been fully mature in hotel investing five years ago, a computer still wouldn’t have come up with that innovative model.

With every efficiency that technology brings, it frees up people to focus on other things. Past waves of technological disruption in human history have always led to a higher quality of life and more free time. There may be segments of the population that will need to learn new skills to adjust their vocation, but the total quality and output of our society should be higher as a whole.

Remember that ancient Chinese game Go that is now mastered by Google’s AI AlphaGo? It’s interesting to note that while AlphaGo was created, trained, and refined by humans, that in the end it ended up confounding top professional human players by playing moves that were previously seen as strange or even foolish. So maybe that tempers my thoughts above about whether an AI can contribute on the creative level, inventing new uses for real estate that a human would have an unfair bias towards due to today’s societal norms (which can change quickly). At the very least, it makes me wonder… what are some genius moves in real estate that humans aren’t yet looking at correctly?

“There was a cut that quite shocked me, because it was a move that would never happen in a human-to-human Go match. But, afterwards I analyzed the move and I found that it was very good. It is one move with two or even more purposes. We call it one stone, two birds.” Ke Jie, Human World Champion of Go