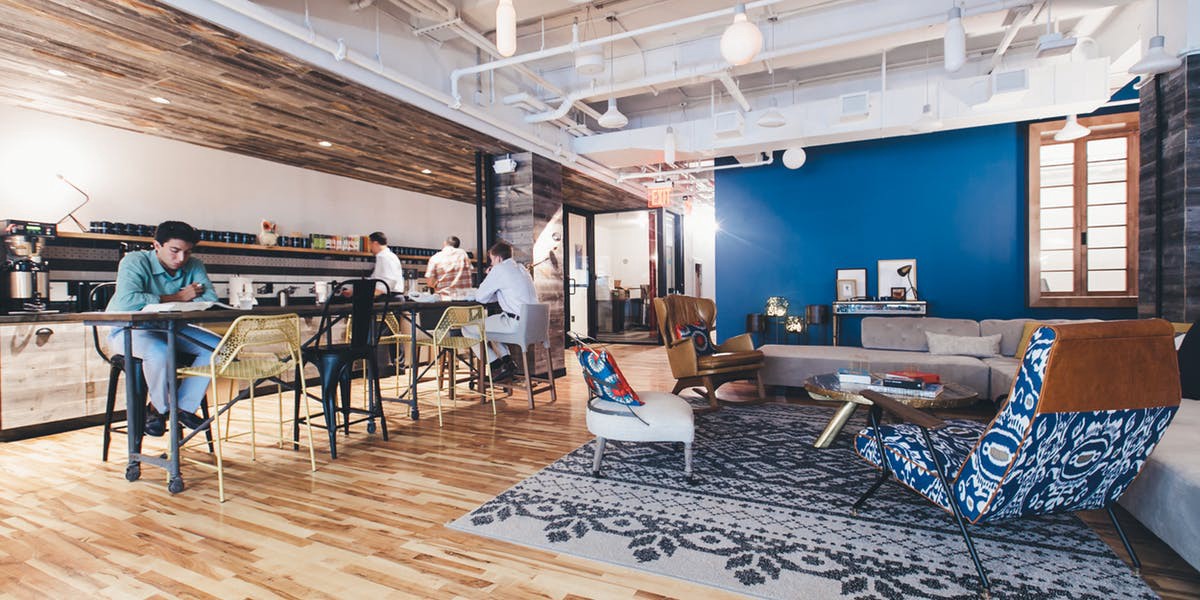 WeWork is the talk of the town, as the “start-up” is the largest tenant in New York City, and recently raised over $4 Billion (that’s with a B) from the Softbank Vision Fund out of Japan, at a $20 Billion valuation. As with any fast-growing business, they have their share of critics, draw short-sighted comparisons, and generally tick some people off that are less successful.

But how does WeWork’s unique spirit fit into the very traditional, suit-clad world of real estate finance? Like a glove, it turns out.

It’s been a couple of years since Compstak drew some ire by attempting to derive some gross margin numbers about WeWork spaces, back when the company had a puny $5 Billion valuation (just kidding, we’d take it in a second). Compstak has access to lease information between WeWork and landlords , and compared that to advertised prices on WeWork’s website.

What we’re looking at here is a little bit different — who are the lenders underwriting and bankrolling those landlords who house WeWork in their office towers? Note that we only looked at New York, where WeWork now has 44 offices, but they now have more than 100 locations elsewhere.

To dig in we used Reonomy as our primary research tool, rounding up 25 lender names and loan amounts as a sample set.

There are a number of big name lenders at play here, and lending on multiple properties with WeWork as a tenant. Repeat lenders include Deutsche Bank, Goldman Sachs, Aareal Capital, Signature Bank, Natixis, and Apple Bank for Savings.

6 of the 25 loan amounts are at least $100M, with the majority being securitized. While we don’t have the NOI and cap rate of each property which would allow us to calculate the LTVs involved, there’s no indication that lenders are being shy around both putting out money and securitizing these assets.

Most of these loans aren’t just legacy deals where WeWork then slid into the building later on. We found that 5 of the 25 loans were originated in 2017, signaling that lenders recognized WeWork as a tenant and struck the deal anyway. When you meet someone in the industry that questions whether WeWork is at risk in the next down cycle, know that lenders don’t seem to be feeling that way.

Listen, innovation is hard, but WeWork is paying market rent to landlords for this space, and they have incredible financial backing. They’ve gone about it in a way that’s working with the current system. We’re not surprised.

What do you think? Will we see a WeWork bust? Will these loans be at risk through an economic down-cycle? Sound off in the comments.