Blog
/
The Reasoning Behind Rate Caps

The Reasoning Behind Rate Caps 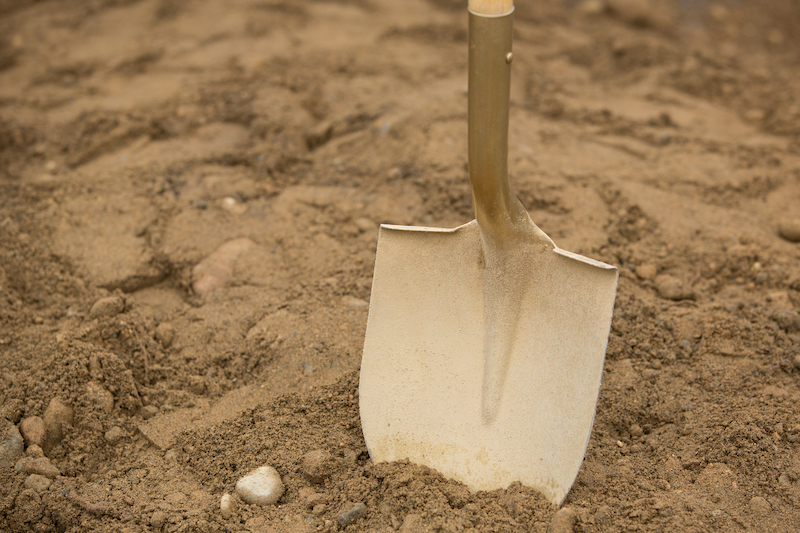 What Are Interest Rate Caps?

The standard way construction loans work is that a lender such as a bank, credit union, debt fund, or life insurance group will take an index like a treasury rate, WSJ Prime, or SOFR, and then they’ll put a spread on that index to come up with the interest rate to charge for the life of the construction loan. For example, a lender could say, “we’re going to charge 1% on top of the WSJ prime rate” (currently 5.50%), and the interest rate will float with the WSJ Prime rate for the life of the loan. In my experience working with lenders and developers, the two most favored indices are the WSJ Prime and SOFR. Defining both...the Wall Street Journal Prime rate is an interest rate comprised of 30 of the largest banks and what terms they’ll lend at to their best customers. The SOFR (Secured Overnight Financing Rate) is an index that essentially tracks the treasury repurchase market. Meaning, that it tracks the rate at which treasuries are sold overnight for financing purposes and repurchased the next day. It was established after the last recession as a result of certain large lenders manipulating LIBOR (London Interbank Offered Rate). One can almost say “SOFR (formerly LIBOR).” Over the past three months, we’ve seen both the WSJ Prime and the SOFR shoot up. See the 3-month history of SOFR below taken from the New York Fed’s site. Back in May, we were below 1% and now we’re starting to inch closer to 2.5%. This is the reason we’re starting to see interest rate caps enter the deals we work on for ground-up construction.

How Do They Work?

If you know anything about futures and options trading, or just basic insurance, there is some overlap. Your lender may require you, as the developer, to purchase an interest rate cap prior to the deal being financed. Just to be clear, the lender doesn’t make any money off this transaction. This is simply an insurance piece for the lender to protect the borrower against rising borrower costs should their floating rate increase. And while it technically acts as an insurance piece for the developer, it usually costs the developer a fair amount more than what it actually gives back. The lender will work with a third-party group such as Chatham Financial or AST which sell these rate cap products. The lender will provide Chatham or AST with the high-level details of the deal, and the most important piece of information they’ll provide them with is a construction budget with a schedule. The rate cap provider will then look at their forward curve of the index (let's use SOFR as an example for this piece) and determine what it might cost to sell a rate cap based on the following: the total construction budget, the terms of the construction loan, the construction draw schedule, and a few other items. They will then determine the cost of several rate cap policies based on different strike prices which resemble a future SOFR rate, maybe 3.00%, 3.50%, and 4.00%. A good resource, when looking at rate cap policies and strikes, is looking at the future SOFR curve. Check out the image below from Chatham on 8/31/22. The SOFR is expected to shoot up close to 4% later this year and then come back in.

Let’s say we have a construction budget of $20mm that will be drawn evenly over the next 24 months, and SOFR is currently at 2.50%. The rate cap provider will come up with different prices for different strike rates. They might say it costs $130,000 for a policy at a 4.00% strike, $150,000 for a policy at a 3.50% strike, and $170,000 for a policy at a 3.00% strike. Since SOFR, in our example, is currently at 2.5%, it’s obviously more costly for the lower strike rates. If the lender demands that the developer pay for the 3.00% strike rate policy and SOFR climbs above 3.00% to something like 3.25%, then the rate cap policy provider will pay the 25 BP difference for what is currently outstanding on the loan on a monthly basis. Thus, the developer is capped in for what they have to pay the lender at 3% over the SOFR rate, however, it comes at a substantial cost.

To expand on the example, let’s look at real numbers. Let’s say we’re at the beginning of month 12 in the example above. There is a $10mm balance on the loan at a rate of SOFR (2.5%) plus a spread of 4.50%. SOFR all of a sudden jumps to 3.25%. Without the policy, the developer’s next interest payment will be (3.25% + 4.50%) x $10mm /12 = $64,583. With the policy though, they will only pay (3.00% + 4.50%) x $10mm /12 = $62,500. Thus, savings on that month’s payment total a little over $2,000. Over time, if SOFR increases and the amount outstanding on the loan expectedly gets larger, the savings become bigger. In the end, though, do we think the developer wins? My personal general viewpoint is, no. The cost of the policies typically outweighs the savings. And what I would expect is they significantly outweigh the savings. That being said, they have their benefits. I spoke with one group last week that purchased a rate cap at a strike of 2.00% on $30mm of debt. This means, that with SOFR already above 2.00%, their policy is already “in the money.” That also means it was a costly investment. They said they paid close to $1mm for the policy but they are estimating to recoup more than half the cost. They also said that it will let them sleep better at night, as they won’t have to worry about an unexpected and drastic rise in rates. Beyond that, they were able to save money in other areas of the deal to justify this cost. So essentially, it all depends on the developer and the deal, but it doesn’t change my general stance on them.

Why Are Rate Caps Being Implemented?

As I said earlier, this is an insurance policy. Lenders want to ensure they don't get halfway through a project, markets go into a tizzy, rates spike like none other, and then the developer hasn’t raised enough capital for the newly increased and unexpected interest payments. However, the main reason for their implementation is because of the secondary market. Many of the largest multi-billion dollar debt funds are the ones creating loans for tens of millions of dollars for developers across the country. Those loans are then packaged in the secondary market in CLOs. We did a piece last week on lender tightening which has largely been the result of Covid, inflation, etc. As a result of the turmoil in the debt markets, we’ve seen the CLO market dry up. And in order to sell and get these loans packaged, the secondary market is demanding the loans they purchase have rate cap policies.

How Can StackSource Help?

First, we suggest that you look at your term sheets closely. Most construction loans will have language in there stating that they have the right to demand a rate cap if they want after the issuance of a term sheet and prior to funding. Have an open discussion with your lender if you see this. Also, we suggest getting in touch with us. We can talk this out with you, look at your construction budget and schedule, look at forward index rates, go through some scenario analysis, and calculate some reasonable estimates on what you can expect to pay or get back in different scenarios. We also have our ear to the ground on which lenders are and aren’t demanding rate caps on development loans in this rising rate environment. We have strong relationships with over one thousand different lenders across the country. In those relationships, we negotiate terms. There are ways to mitigate the cost of a rate cap request. A rate cap would be classified as a soft cost and something that may not be financeable in a construction loan. However, we suggest negotiating that from the get-go. E.g., if one is requested, wrap it up in the loan amount. If you have a development project of $25mm with an 80% LTC construction loan and a rate cap request that’s going to cost $400k, then tack it onto the loan amount of $20mm and have a new loan amount of $20mm + (80% x $400k) for $20,320,000. Then, your team only has to raise an additional $80k of capital for the policy. It’s tough but not impossible, and I was part of a deal that just did this. I’ve also heard of interest reserves being increased for such a situation. The last, but least likely scenario, is negotiating your origination fee down. The point is to get creative to mitigate, what could otherwise be, a significant and unrealized cost during an already stressful time.