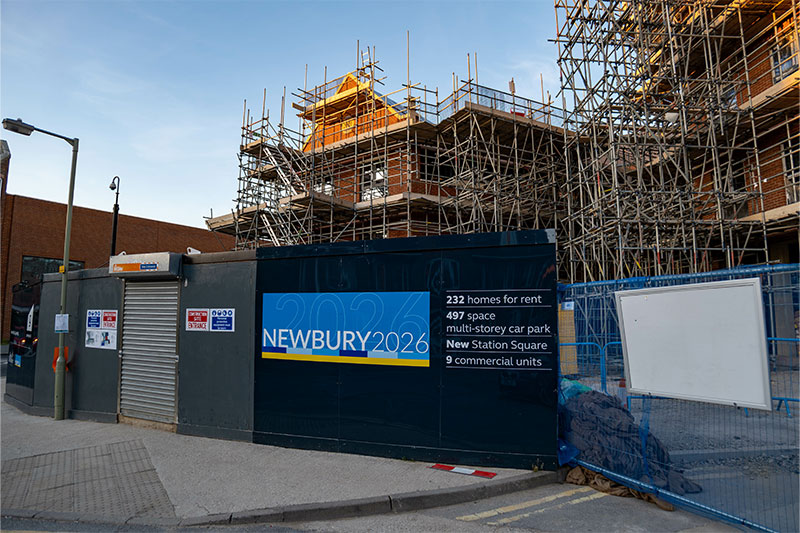 You’ll frequently hear the term “stabilized”, which has nothing to do with whether a building is physically “stable”. It means that the property’s income is stable.

Likewise, the term “covered land play” has nothing to do with whether a piece of land is physically covered. Instead, this refers to a specific real estate investment strategy. But before we explain the strategy, we need to look at one more industry term that can seem ambiguous to outsiders.

Highest and Best Use

The term “highest and best use” might have been simplified to simply “best use” in another life, because, once again, this term shouldn’t be taken too literally. The concept of highest and best use is not getting at a building’s height. It’s getting at the idea that a particular property is providing the most value possible.

For example, think about a town that is slowly turning into a city. Imagine that in that town on the most popular boulevard old houses are being torn down in order to build larger buildings that mix apartments, retail, and office space. The town center is becoming more popular, and real estate developers are clamoring over properties along the main corridor in order to develop them. If you owned the last single family home on that street, we could easily say that the property is not enjoying its “highest and best use”, because tearing down the house and building something new would increase the value.

Now let’s assume a real estate developer has identified a property that can be developed, or redeveloped, to a more valuable use. If that site is currently producing another kind of income that covers the carrying costs associated with owning the property until development begins, that’s a covered land play. The “carrying costs” that the developer/investor wants to cover in this scenario would include operating expenses (like utilities), taxes, and financing costs. Breaking even (or better) on the property before the new development breaks ground is the goal.

There are a few classic covered land strategies that are tried and true. Here are some of the most popular ones:

Redeveloping a property in a dense urban setting is a large undertaking, but can often lead to a valuable outcome, specifically if the existing building is smaller than what is possible, meaning it has less space to rent out. Most cities have some sort of zoning code which constrains what can be built at a specific location. The zoning code may include regulations on the number of floors, total height, total square footage, and type of use. Real estate developers in big cities regularly search out buildings that are sub-optimal according to the zoning code as potential value-add plays, but let the building operate as-is until they are ready to redevelop.

This may be the most frequent example given if you ask an established real estate developer to describe a covered land play. Parking lots do not require much work to set up and maintain, and can provide income to offset the very low expense load.

If you don’t already have tenants, another option is to become your own tenant. Operating a business on-site at a property that you will later develop has a couple of advantages:

While the above strategies are common, a real estate investor can really let their creativity shine when pursuing a covered land play.

An example of this involves partnering with property owners that have excess, unused land that could be developed into a higher and better use. My StackSource colleague, Huber Bongolan, previously worked with a client who had great personal relationships with both his religious community and the leasing team of a well-known medical company. This creative CRE developer recognized a potential opportunity to leverage his relationships to benefit all parties.

The client established a joint venture (JV) with a religious organization that had excess land and decreasing/aging membership. His creative strategy involved several steps:

The religious institution benefitted by receiving a portion of proceeds from the medical company’s lease payments. There was an additional benefit because religious communities tend to be aging, and the elderly are in need of medical services. The developer benefited because the lender credited the land value contributed to the deal and required very little additional upfront capital (meaning the developer received almost 100% loan-to-cost financing). The medical company benefited because they could enter strategic locations that they did not have a footprint previously.